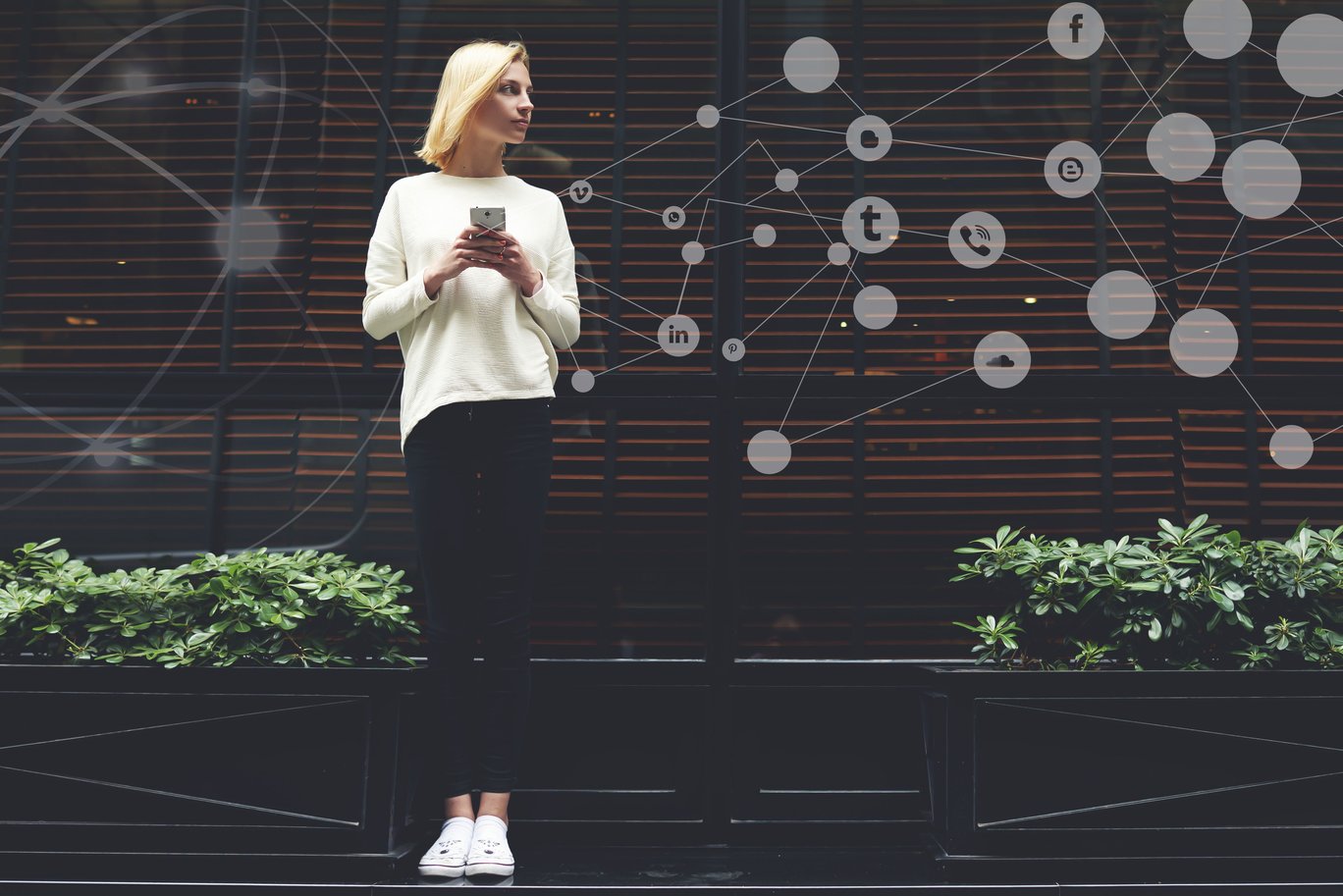 Hyper-personalisation is on its way, and whilst the average consumer may find some aspects of this new, immersive world of advertising somewhat disturbing, it’s going to change our lives undoubtedly for the better.

Ambient advertising represents the third era of advertising. The first, of course, began in the post-World War II era, when the rise of television allowed the industry to arise in then-unprecedented ways. Consumers were marketed to through magazines, radio, billboards, and television adverts, just as they are today. So it continued - until the internet claimed its place at the centre of our lives.

We are currently in the digital era - the second age of advertising - in which the profusion of data gathered on each of us has enabled much more personalised marketing experiences. Targeted advertising through social media, on mobile, email, and many websites has led us to the point at which, in 2016, global digital ad spend overtook traditional (first era) ad spend for the first time.

It may feel like advertising is already all around us. However, it’s about to take a leap into deeper waters.

In 2016, the Amazon Echo launched. Over 11 million Alexa-enabled home devices were sold in that first year - and the number is still rising fast. Though uptake of IoT-enabled thermostats and lighting has been slower, growth is steady. As prices come down and exposure goes up, it won’t be long before these aspects of the connected home, at least, will begin to dominate.

We are in the early days, of course. But all signs point to an upcoming surge in adoption, with many experts predicting mass-uptake before 2020. The lighting, thermostat, and connected assistant devices are just the tip of the iceberg.

What we will begin to see is an emerging ecosystem, in which screens, machines, and devices come together within the home (as well as the car and mobile) to offer us a thorough set of labour- and time-saving choices.
‍

With these new, connected devices also comes a valuable opportunity for advertisers. The connected devices that we will soon have in our homes offer brands a new platform on which to share their stories with consumers. Brand storytelling is already changing tremendously to offer us more engaging and useful content, and as the ambient era of hyper-personalised marketing grows, the usefulness and capacity for engagement will grow in tandem.

The notion of being advertised is already a bugbear for many people. The individual is now a ‘consumer’ - their principal job in driving the economy is not through their labour, but through their purchasing habits. There is an undercurrent of resentment in the general population, that they are being marketed to with such intensity that they cannot work out what their own desires are anymore. But the vast majority go along with it anyway, realising that consumer-capitalism is all pervasive and thus a necessarily evil to ensure they get by within the symbolic order over which they have little to no say.

With this in mind, moving to an era of ambient advertising, in which we are marketed to at every waking moment of the day, is not likely to be consumed whole (as it were). As with any new shift, adoption must be gradual in order for the benefits to be realised. The Alexa revolution may be the first significant step in that direction.

Alexa (and other voice-activated assistants) already help us to book and remember our meetings and appointments. They can answer simple questions, and - crucially - they can order stuff online. Nonetheless, the current technology that most have at present is limited. We are all too aware of those limitations, with critics already bemoaning the fact that their Echo has simply become another vehicle through which their children can make life unbearable… Alexa will happily play Gangnam Style on repeat for as long as it is asked to. Its more useful skills are not always taken up by its owners.

One of the reasons for this may be that those skills don’t feel tangible. If you have the right associated devices, you can dim and brighten the lights and turn appliances on and off, but unless you have enough connected devices, those functionalities will be unutilised. There’s also the issue of pricing. An affluent city type may have all the bells and whistles of the latest smart home technology, but the average consumer is yet to have that pleasure. Until the price point of this new technology comes down, mass adoption will be stifled.

All of this aside, we are nonetheless on the cusp of something quite unprecedented. And despite the knee-jerk distaste for this new form of ambient marketing, it will have an enormous benefit to consumers.

Let’s start in the kitchen. Samsung now boasts a range of smart refrigerators, named The Family Hub. Upon the door is a screen that resembles that of a smartphone, except much bigger.. This screen has a range of functions. It can, for example, be used in place of sticky notes and photos stuck to the fridge door with magnets - allowing you to post your family’s schedule to the screen, add photos, notes, and lists. Of course, all of this can be synced with your family’s smartphones. You can also play your music through it and use it as a television or internet browser. However, its true potential lies in what it can do for your groceries.

The Samsung smart fridge can compile an online grocery order directly from your shopping list. It can tell you when items are due to expire and add them to the list for replenishment. It can take photos of the inside of your fridge so you can see what you’ve got from anywhere via your smartphone. It can be linked to your other devices, like your voice-activated assistant, carrying information across between platforms seamlessly.

As the technology behind the Samsung smart fridge evolves, it will begin to contain more and more artificial intelligence. Today, it orders the shopping list you’ve put together - tomorrow, it goes much further. And herein lies a golden advertising opportunity.

If your smart fridge is just ordering the same products week after week, how do new brands break into your shopping basket? Well, every now and again, your smart fridge (under your approval, of course) may use a little extra cash in your grocery budget to introduce a few surprise products. Its AI sees that you like nuts and raisins, and sneaks in a new chocolate bar that’s just been released that contains those ingredients.

It arrives, you bite into it - enjoy it - and then… ask your device to add it to the baskets of three of your friends for free. Your friends receive the complimentary product in their next shop, with a message that it’s a gift from you. They can then do the same for their own friends… and so on.

As AI develops, we will see our home assistants becoming a lot more conversive. As we master NLP (natural language processing) in AI, we’ll begin to be able to talk to our assistants as though they were fellow humans.

Another way that the smart kitchen as part of a connected home can be used as a powerful ambient advertising tool comes via your bathroom.

Weigh yourself on your smart scales and they will also take your blood pressure and calculate other aspects of your fitness levels. The scales will chat to you about your target weight and what you will need to do in order to achieve it. Following your conversation, your scales may have a chat with your fridge and between them they will decide what you should be eating in order to stay healthy and achieve your target weight. Then they’ll order it, and you will be able to use technology such as augmented reality to help you cook your new healthy meals to perfection.

When you go to do your daily exercise, you’ll find that the augmented reality training that you use has also been in talks with your scales and fridge, and will have tailored the perfect exercise regime for your current needs. You will be presented with a virtual avatar who looks just like you, and s/he will train with you.

Yes, it does all sound a bit like something out of The Jetsons, but believe us, the tech is already here - it’s just a matter of time before it becomes the norm. One of the great things about it is that the advertising dimension is pretty much invisible. The way these devices, working together, make life so much easier means that they are more useful than intrusive as an advertising device. It is seamless - it won’t feel like advertising at all.

One of the flaws of current and historical advertising is its conspicuousness. That you were being sold to was always obvious, and in many ways it still is. But as these technologies evolve and become woven into the fabric of our everyday lives, no sales message will be necessary at all. In fact, connectivity may put a great deal of advertisers out of work. Though the manipulative techniques that have positioned products in front of us since the start of the first advertising era are changing, becoming more innocuous, they will not die. It will just be an AI Wizard of Oz behind the curtain, rather than a little white man pulling our string.