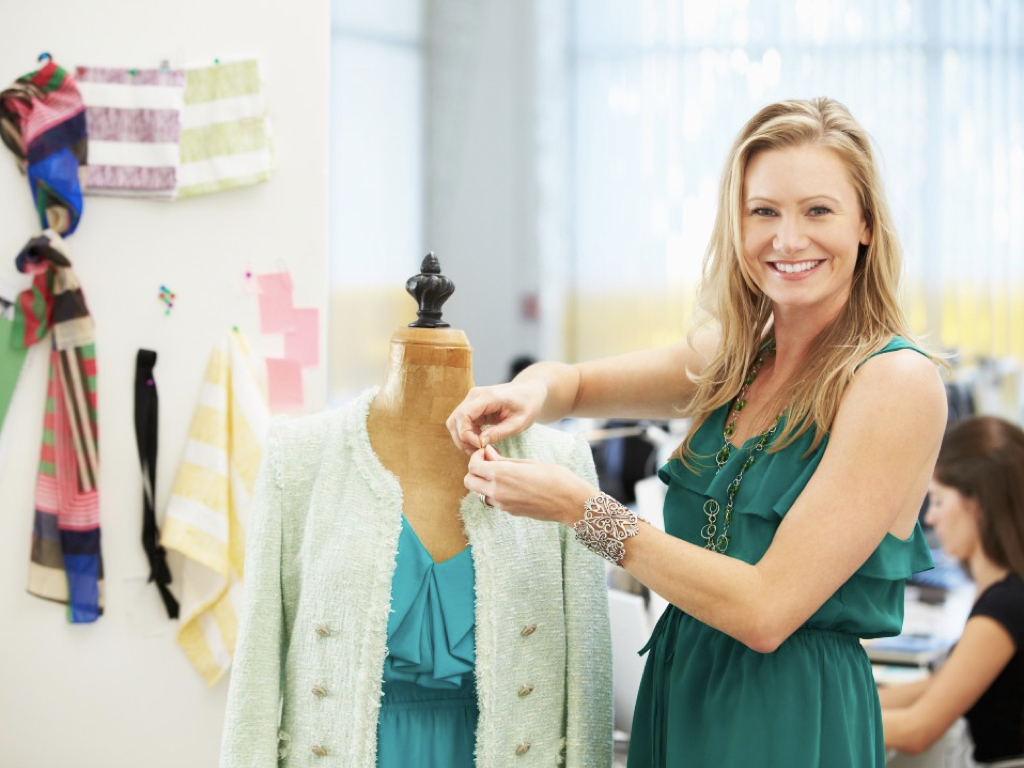 Redesigning Fashion: The Impact of Automation

Concerns over the impact of increasing automation on jobs across multiple industries are rising. There is widespread anxiety over what the job landscape is going to look like in the coming years, as AI and physical robots take over human job roles. Countries like the US and UK have well-documented problems with sourcing domestic manufacturing jobs, which will only be further exacerbated by automation.  And it’s not only blue-collar workers who may lose out. As Barack Obama stated in his farewell address, “the relentless pace of automation [will make] many good, middle-class jobs obsolete”.   The issue is productivity.  Automation means you can produce more, with less labour.  That means cheaper products, more agility.

Aside from manufacturing, it is retail that is set to be reshaped most considerably by automation. The fashion industry is among those which stands to receive the hardest blow to jobs. And not just those you’d expect, either.

But there is another story to tell.  Retailing is set to be transformed in a positive way over the next few years, giving manufacturers the opportunity to serve more niche tastes through mass customisation.  In this article, we pick out some of the winners and losers of this transformation.

Big data analytics, fed through automated systems and analysed by AI, will have an impact on currently enviable analytical roles such as trend forecasting.  Whilst trend forecasters have traditionally held a privileged position in the fashion industry—allowing global travel to determine new ideas, behaviours, and products—now a suitably trained algorithm can scour the web and pick up on these ideas, behaviours, and products in a fraction of the time. The trend forecaster’s role becomes relegated to the status of a double checker.

You may think that the more creative roles within the fashion industry will be safe from the automation onslaught. But, in some aspects at least, this may not be the case at all. The designer has been using computer-aided design software for years now, and it has revolutionised the way fashion houses work. But what if the bulk of the design work could be taken on by AI?  We already have music composed by algorithms that is indistinguishable from that made by humans… so there’s little reason to believe that a flair for design could not be programmed into a computer in a similar way.

At the other end of the industry, garment manufacturing will continue to be impacted to a phenomenal extent by automation, reducing the need for human garment workers, creating high quality results cheaper, and in significantly less time than their human counterparts. This could have a catastrophic effect on the job market in developing countries where garment manufacture is one of the only roles available, particularly to women. Equally, the entire global supply chain will be impacted, as time-to-market is further streamlined.

With automation comes new jobs, likely to be found in areas of data analysis and IT, as companies rely more on data to determine what to make and how much to produce.  Automation is also good news for consumers.  The ability to customise products, have them delivered quickly, and pay less overall, is already growing in popularity. And what’s good for the consumer is good for the company, which stands to increase profits by saving time and resources, and by cutting production overheads.

Roughly 50 per cent of jobs in the US economy have been replaced with new forms of labour every 60 to 90 years in occupational changes during the 20th century according to Ian D. Wyatt and Daniel E. Hecker, economists in the US Office of Occupational Statistics and Employment.

A recent study conducted by Deloitte found that technology has created more jobs than it has destroyed over the last 140 years. The authors of the study, Ian Stewart, Debapratim De and Alex Cole, state, “The dominant trend is of contracting employment in agriculture and manufacturing being more than offset by rapid growth in the caring, creative, technology and business services sectors. Machines will take on more repetitive and laborious tasks but seem no closer to eliminating the need for human labour than at any time in the last 150 years.”

Certainly, a large number of new job roles will continue to be formed as a result of automation. The advent of the internet, for example, has created countless new job roles than those that were lost to it. The internet has, additionally, boosted the economy considerably, and freed more people to work remotely, from home, thus proving an instrumental liberating force, particularly for working mothers.  That said, automation is unlikely to offer the volume of roles present in a largely manual discipline.  As one economist of the 20th century described, using diggers to replace workers with spades is more efficient way to shift earth, but then, some communist states like China chose to continue to use manual labour late into the 20th century, because the labour was plentiful and it gave workers jobs.

As widespread unemployment grows an issue, it is ever more likely that governments will need to act to balance market forces and to provide a universal basic income for all citizens. We would effectively be entering a hybrid-work world, where every individual has enough income to live on, the labour is provided predominantly by automation.  Perhaps more will work for charitable causes.

Whilst we have touched on the threat to some creative roles within the fashion industry, it is fair to say that a human touch will always beat the cold hand of the machine. Human-made items will command a price premium (“Made by Humans”), something that may well become a status symbol in our automated future.  Perhaps governments will sponsor more social businesses; or offer tax breaks to companies offering more product niches.

Despite the obvious benefits of an economy steered by governments, it’s always proven difficult to achieve.  And there are serious economic and societal problems to face along the way.

As a recent article by Joe Lonsdale, "Neo-Luddite fears about technological unemployment are limited in the same way as our ancestors’ worldviews. The late 19th century was not the end of history, nor is today. Innovation has consistently led to greater productivity—meaning society can produce more with less—and an increased demand for new jobs and services. To avoid the Luddite mistake, we must think about the future of labour with a healthy dose of creativity and an expansive frame of mind."

Thriving in the Fourth Industrial Revolution

There is little doubt that automation will continue to disrupt the status quo, as it has been doing since the first industrial revolution. We are, some argue, now in the fourth industrial revolution (Retail 4.0), and—while the distribution of wealth remains a fundamental challenge—humanity has more leisure time and economies are wealthier than they have ever been.  Automation is the principal force that we can thank for the fact that our lives are easier now than at any time in history.

We would argue that, for economies to thrive they must do two things at the same time:

1. To embrace automation and the opportunities that it provides and

2. seek to proactively tackle head-on those social challenges it introduces.

If history has taught us anything, it’s that the future can be a brighter place than the past.  Technology will continue to change the landscape of work.  What we don’t quite know yet is how, and what societies and economies do about it.