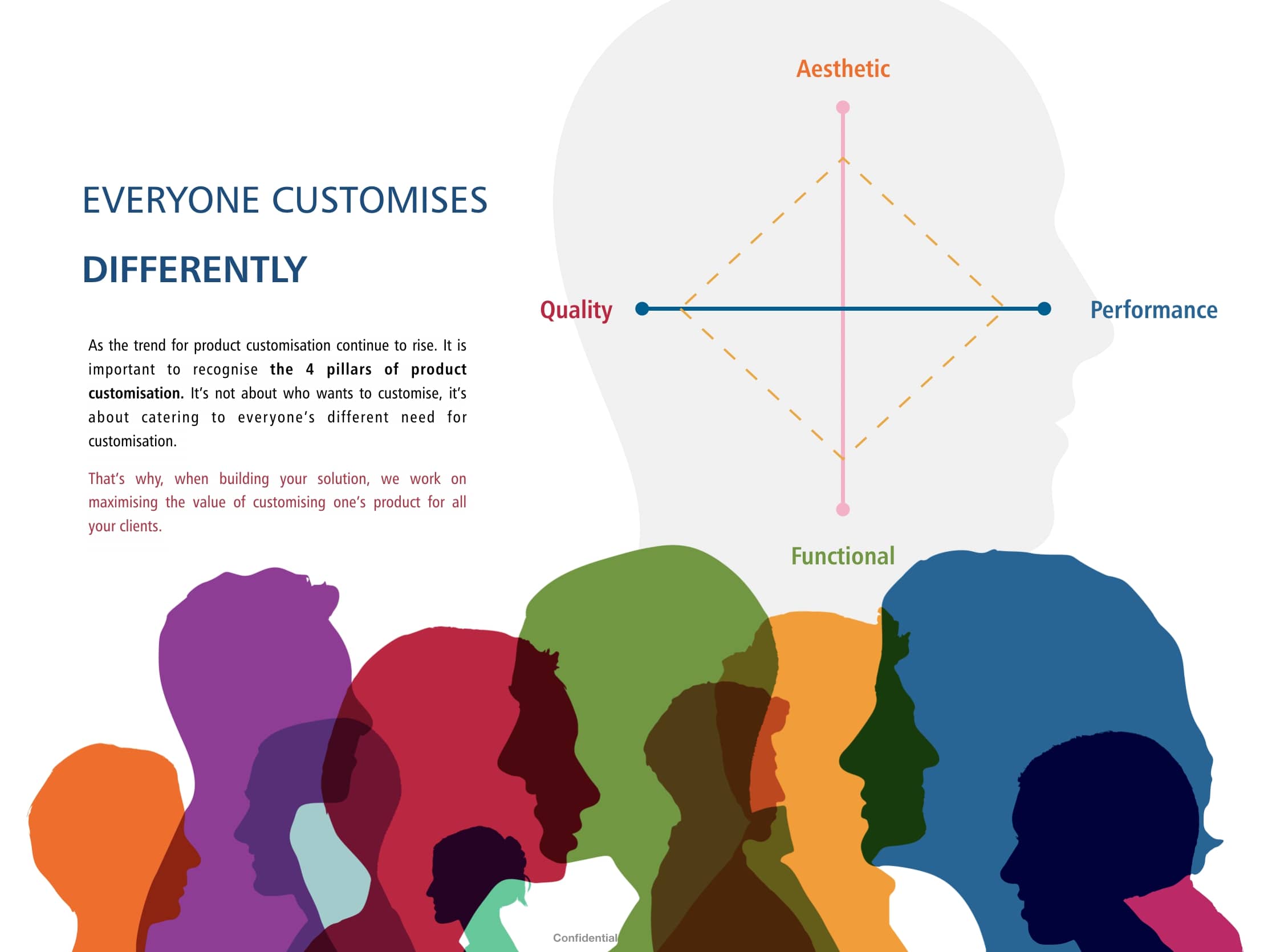 Everybody sees themselves as a little snowflake, unique and special, and they want to be treated as such. The question is: why? What has made consumers turn to personalised products? And how can we give them what they really want?

People want to see content that is relevant to them. A 2013 study by Janrain found that 74% of online consumers became frustrated when website content wasn’t relevant to their interests.

“These results align perfectly with additional market research indicating that consumers have reached the tipping point when it comes to being shown content that isn’t relevant to them,” said Larry Drebes, CEO of Janrain. “It’s a wake-up call for brands to fix this problem or risk losing customers and prospects.”

In the olden days, television programmes were shown at specific times on specific days. The television companies decided what the viewer could watch, and when. If you missed the show - tough.

The birth of the VCR allowed people to begin to choose their viewing schedule to fit their tastes. Pre-programming the VCR player to record shows at the time they aired freed the viewer up to spend their time away from the screen and catch up with their shows when they were ready.

As technology evolved, so did the ability to augment one’s viewing schedule. Then the digital era exploded, and now we have a seemingly endless choice on what we want to watch. Netflix, Amazon, and online streaming sites changed the face of TV viewing forever.

On-demand online media content may be a big factor in today’s consumer activity, but the ability to personalise content also bleeds into their product consumption habits. As the consumer is increasingly given control over what content is presented to them online, so they will become accustomed to getting precisely what they want.

Equally, social media has had a massive impact on consumer demand for personalised products. In an era where we can augment our identities online through the content we produce and share on social media, we want products that further allow us to express our identity in unique, personalised ways.

We are the outcome of the mass consumerism era: the products we own define us, for better or worse, and brands have never had to work so hard to keep up.

One of the things social media has catalysed is a revolution in identity politics. Sexual and gender orientation is no longer binary.

The war-cry from the Millennial generation (in particular) is that anybody can be who they want to be, in whatever form that may take.

Transgender, gender neutral, gender fluid… the list goes on. Fewer people are happy to be presented with the pink or blue gender binary around which society has traditionally centred.

Racial identity, too, is under the spotlight. There is, and has been for some decades, a movement by people of colour to reclaim their ethnic and cultural heritage. There is little doubt that the prevailing mode of the marketplace is whitewashed, with the voices of people of colour being considered secondary to those of the white consumer. These voices are either smothered outright, or co-opted into the marketplace dilute.

Therefore, a strong demand for products where expression of ethnic identity is apparent. Rather than the tastes of ethnicities continuing to be seen as ‘niche’ or ‘alternative’, there is an understandable, albeit arguably politically problematic, desire for proportional representation in product consumption.

Racial and gender identity are key factors in the changing face of consumer demand. Self-expression of identity has never been so important to a generation, and the movement is still growing.

Mass production, the standard manufacturing model at the heart of consumer culture for generations, produces a homogeneity of product purchasing with which consumers are no longer content.

The very nature of mass production requires consumers to choose from a selection of products pre-chosen by brands themselves. Though it is easy to pick a dress off the rack, there is an underlying, but widely acknowledged fear: turning up to an event in the same dress as somebody else.

Some people are mortified by the prospect of being outed for their off-the-rack choice at some important event or party. Others don’t really care. But the mere fact that this fear exists, and is so widely acknowledged, speaks volumes about an ongoing desire for uniqueness.

Were a person to have created a customised version of their dress via configuration software on a brand website, the chance of appearing dressed the same as another would be significantly reduced.

Even where a similar dress may be designed and ordered on the same platform, the probability of exactitude is lower. The consumer can rest easy in the knowledge that they have - ostensibly - created something unique to their identity.

What movement expresses the desire for individuality better than that of the vintage trend? Seeking truly original products that are highly unlikely to be found by anybody else, a raft of consumers have stepped back in time.

Underneath this movement is an imagining of an authentic past, where things were less homogeneous than they are now. The fashions of the fifties through to the eighties in particular have proved fascinating for those who never lived through those decades themselves. Vintage boutiques are thriving in cities and towns across the UK, all of which boast a totally different range of one-of-a-kind clothing and furniture.

Ironically, these products were probably mass produced too, but all the other clones have been lost over time, leaving just a few one-offs to give the impression of originality.

The desire for vintage is also aligned with increased consumer consciousness of environmental factors. Another impact of social media has been increased awareness of how mass production and waste affect the environment. By consuming recycled goods, from vintage boutiques and charity shops for example, the aim is to break that cycle.

Mass customisation can have an extraordinary impact on consumers for whom eco-friendliness is a concern. The flow manufacturing model, combined with the made-to-order nature of mass customising personalised products, has the major benefit of reducing waste.

From a brand’s perspective, less waste is less wasted money; less excess inventory, less need for discounts in store as styles go out of fashion. For the consumer, it offers the chance to ‘do the right thing’, thus increasing their satisfaction in what they are purchasing.

At the very heart of the matter, consumers want personalised products because they have a strong sense of identity. The internet has given people the power of choice at an unprecedented scale. Marketers know that their targeting must be ever-more precise in order to be effective at driving website traffic and conversions. But this targeting will remain fruitless if, on reaching the site, the consumer is not faced with a brand that acknowledges and nurtures their individuality.

Personalised products not only allow us to streamline production and to reduce wastage and cost, but also to build meaningful relationships with our customers. We have more opportunity than ever to deliver brand satisfaction and customer value, in whatever industry we specialise. To keep up and continue to succeed into the future, we must seize this opportunity and strike while the iron is hot.